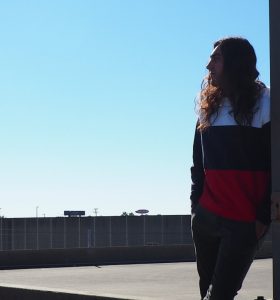 Josh Kindla is San Antonio-based composer, producer, songwriter and multi-instrumentalist who has performed across the country both as a solo artist and as a guitarist for Los Angeles-based bands, Love Lights Driving and Gen Z. Having worked with various bands and artists across all genres, his career has been influenced by many styles, which can be heard in his compositions and performances.

While working as a performing musician, Josh was able to broaden his scope of expertise by collaborating with various artists as a co-writer and producer for several projects, some of which have garnered publication through blogs and indie radio play. Through these projects, he was also able to tour across the country as a guitar player, all while performing original work along the way.

Through the journey of working as a cover musician and accompanist for other artists, Josh has been diligently working on recording his debut EP Disco in the Basement. With influence from disco, synth-pop, and modern indie rock, he is ecstatic to share a new and unique sound with the city of San Antonio.