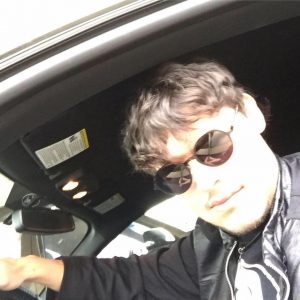 My name is Joshua Caza, but I go by Josh Caza. I'm a upcoming screenwriter who has the discipline to write every day and night. My passion at first was to be a director, but I later found out that my love for writing far surpassed from being behind a camera. I challenged myself to obtain my Associate of Arts degree in English from Palo Alto College. Afterwards, I received my certification for Film Production & Editing from Recording Radio Film Connection Casa Schools in Los Angeles, California. Through attending Radio Recording film school, I met my mentor Colin Bressler, who directed Remy's Demons and co-wrote with me. Remy's Demons was my first credited work, and it was here in San Antonio! I have a lot of influences who pushed me to go for my career, mostly big names, of course. I'm currently working alongside Colin again, and another film director who does indie films here in San Antonio. But, my ultimate goal is to be a working screenwriter, a full time gig! I someday want my scripts to be on the big screen...not for fame, but a chance for viewers to see my characters come alive. No matter what obstacle stands before me, I will challenge it, and I will overcome it!