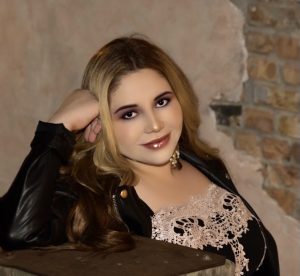 Alaya is a diverse entertainer from San Antonio, Texas.  Her diversity stems from her exotic background.  Alaya is of Middle-Eastern and Spanish descent which plays a vital role in her craft.  The singer first discovered her talent at the tender age of 7 while watching "The Wizard of Oz" with her late grandfather where she began to sing "Somewhere Over the Rainbow".   He took immediate notice to her talents and started training her shortly thereafter up until his passing.  Her mother, a business professional, eventually became her manager.  Her extensive resume includes performing at major sporting events, international cultural events, private/social events, political events as well as appearing in television and film.  In addition to this,  Alaya was also a chosen contestant for La Voz Kids, America's Got Talent as well as the Disney Channel.  Alaya has just finished her first demo of original music of the country/rock genre.  She is currently working on producing more original music for not only is she a vocalist but a prolific song writer.  The new music is of the R&B genre which will be infused with sounds of her multi-cultural background.  Alaya hopes to bring positivity and great music not only to the entertainment industry but the world.