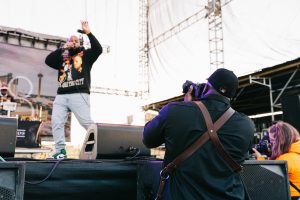 Director - Musician - Storyteller - Vocalist/Singer - I write the treatments to all of my music videos as well!

At a very young age, Tre'Von (7098) "SEVENTY NINETY8" fell in love with the very sound of music. He was always surrounded by music either by being in recording studios, riding to music in the car, or watching hearing it on television. The thought of actually creating his own music never really crossed his mind until the age of nineteen, when he would go to the studio with his friends for fun as merely something to do. 7098 obviously had talent according to the people around him, but the passion for the recording, writing, and pursuing a career as a "Rapper" didn't come to him until the age twenty-two. About this time, 7098 noticed that he could actually make money from the music that he invested his time and efforts into, as well as wrote. Since that passion began to burn - it hasn't stopped. He is now setting out to make this his career and follow in the footsteps of many greats that came before him. These are people such as Drake, Jay-Z, Rick Ross, Michael Jackson, and many more. When it's all said and done he hope to be mentioned amongst the Greats.