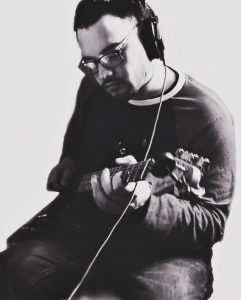 Felipe Jr is a musician and songwriter who's sound is a mixture of indie, rock, punk and pop. Born and raised in the intersectional cultural melting-pot of San Antonio, Texas, his personal musical influences include everything under the sun as he has performed with a multitude of musical projects of all genres for different stages and events.

Guitarist, bassist, drummer and singer/songwriter, Felipe Iruegas Jr drew his influences from his peers by going to local music shows that usually showcased local bands, as well as touring bands from all across the U.S. and even overseas. These bands ranged from punk rock, to indie, to world music, and even heavier style bands who also shared their own personal music influences with Iruegas. This expanded his influences early on at a young age.

From his early days playing cumbias with Los Nahuatlatos, top 40 hit pop music with The San Antunes, to original indie music with MontaVista, Iruegas has shared the stage with some of the best players in the region for 15+ years. His musical pallet continues to expand as he regularly plays and learns from different music genres from around the world.

The San Antonio-based musician released his debut full length LP "Hope Bliss" in late 2020. Based in the Texas music scene, he has performed in venues across the United States including Los Angeles, Tucson, New Mexico, Utah, Colorado and Arkansas.