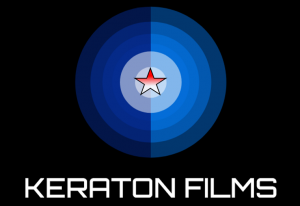 Dr. Gregory Joel Villareal is the founder of Keraton Films, which will produce a proof-of-concept action/thriller REMEMBER THEM, that he wrote and will direct. Three other feature scripts in development also have storylines involving the lovely 210 and are planned for international distribution.  Dr. Villareal is also the executive producer for AMANAH, an International film currently in pre-production. His work in the entertainment industry includes the Spotify/YouTube podcast “F.A.M.S.” (linked), creative for his daughter's YouTube channel (linked), music production for the indie film CARD SHARKS, and volunteering at HUM Music & Sound Design and 89.9FM KCRW in Santa Monica, CA.  Dr. Villareal was previously involved with two biotech startups and has published peer-reviewed articles in the areas of Alzheimer’s disease, Precision Medicine, Neuroscience, Drug Addiction, and Nanotechnology. Dr. Villareal holds a B.S. from UTSA and a Ph.D. from UCLA.