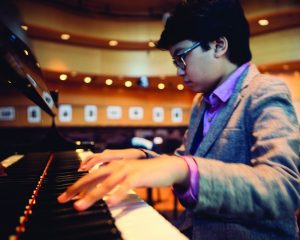 The Alamo City will be treated to a melting pot of international music when Musical Bridges Around the World presents its fourth International Music Festival from February 12-26 at the Tobin Center, Empire Theatre and Southwest School of Art.  The festival reaches more than 100,000 people annually.

Performing artists from Indonesia, Cuba, Argentina, Spain, Armenia and Canada will be represented in eight concerts, including a special performance by Grammy-nominated, jazz player Joey Alexander on February 18 at the Empire Theater.

Although the performances are free and admission is on a first-come, first-serve basis, patrons can reserve seating for $60 for five concerts or $100 for eight concerts. For a full listing of performances, visit www.mbaw.org or call (210) 464-1534.