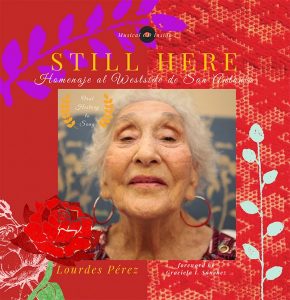 Acclaimed musician, composer and poet Lourdes Pérez, turned their stories into songs and then called on the impressive list of musical stars from the Westside to perform and record them.

The book contains portraits by photographer native San Antonian Antonia Padilla, as well as vintage photography from the 1930s, 40s and 50s. Foreword by Esperanza Peace & Justice Center director Graciela I. Sánchez, who also grew up on the Westside of San Antonio.