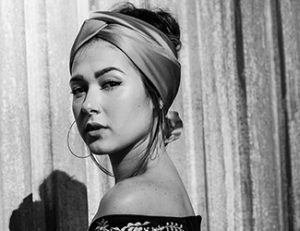 ARTS San Antonio presents Nella in Concert from Isla Margarita, Venezuela.  Nella’s music is a meeting place for her country’s folklore roots, the influence of her contemporaries, and the music of the Andalusian region.  Above all, she sings with her bare soul.

More recently, Nella was asked to join the cast of Oscar Award winner Asghar Farhadi’s new movie, “Everybody Knows,” which includes Javier Bardem, Ricardo Darín and Penélope Cruz. In the movie, she sings songs written by Limón exclusively for the screenplay.

Nella will present a repertoire that will include the songs featured in Farhadi’s movie, as well as Venezuelan folk songs and some of her own compositions.  She will be seen with her trio on stages across the US, Latin America and Europe.