This directory is provided as a community service to find public art in San Antonio and to learn about the artists who created the artworks and the meaning behind each piece. We hope you enjoy discovering this public art – especially in person!

Do you have an artwork that is accessible to the public? Add it to our directory and map by creating a profile here and submitting a Public Art listing. 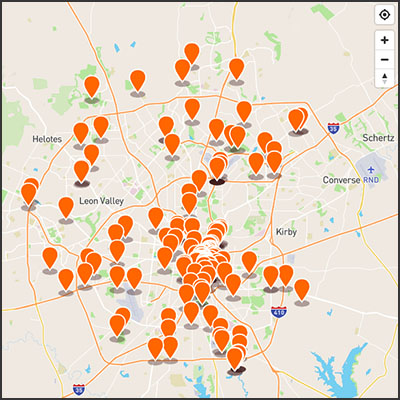