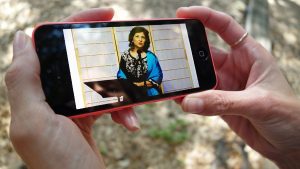 Presented by The URBAN-15 Group at URBAN-15 Studios

In March 2014, San Antonio’s Inaugural Poet Laureate Carmen Tafolla staged a production entitled “San Antonio, Mi Pueblo” at the Guadalupe Cultural Arts Center, the culminating event in her poet laureate signature series. As part of this production, she commissioned local composer and percussionist George Cisneros of URBAN-15 to write a soundtrack that would allow her to weave her original works alongside those of the collaborating poets.

The 13 performers who participated became the backbone of URBAN-15’s Mega Corazon, a now-annual performance featuring the best in South Texas-based spoken word. Curated by Tafolla, Mega Corazon celebrates a hybrid poetic tradition that combines street, classical, and slam performance styles for a production that is frontal, improvisational, at times painful, and choreographed for a highly visual impact.

For those unable to attend or outside San Antonio, URBAN-15 also streams Mega Corazon live, online, and in real time  at http://urban15.org/live-stream/.